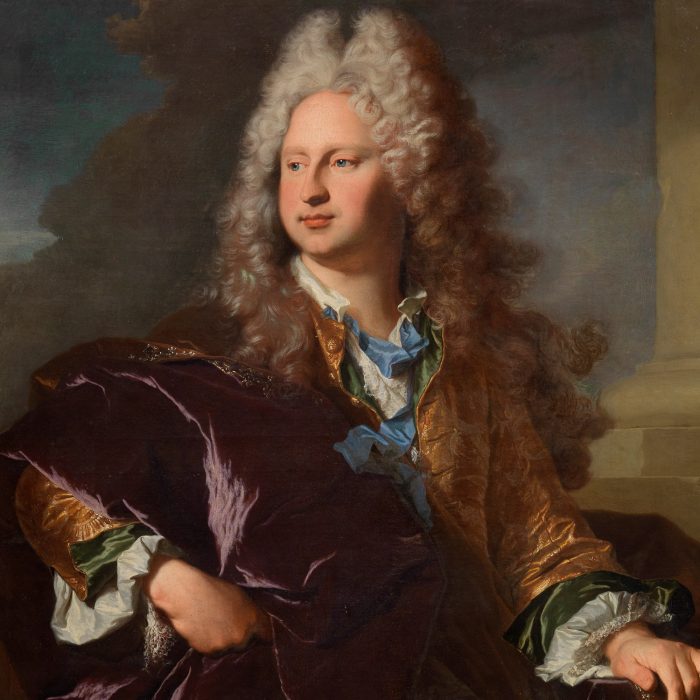 Cardinal Neri Maria Corsini (1685-1770), one of the masterminds behind the fashion for family collections and a focal point in Rome’s cultural life in the 18th century, died in Rome on 6 December
1770. Despite the scornful judgment of his contemporary Charles De Brosses (1709-77), who called him “a man of less than mediocre capabilities”, Neri Maria has every right to be considered one of 18th century Rome’s truly great patrons of the arts. Hailing from an ancient Florentine family, he embarked on his career in the service of the Grand Dukes of Tuscany and spent a great deal of time in the courts of Europe.
Moving to Rome in 1726, he lived with his uncle Cardinal Lorenzo Corsini who was elected to the papacy in 1730, taking the name of Clement XII (1730-40). Raised to the purple in the same year, Neri Maria was to become the key player in the Pope’s agenda. He was involved in politics
but also in the major building projects of those years and in significant measures to protect and enhance cultural assets.
The project that most successfully embodies Neri Maria’s temperament is Palazzo Corsini alla Lungara, which he bought in 1736 and comissioned the architect Ferdinando Fuga to transform
into a fully-fledged European “royal palace”. Its garden stretched as far as the Janiculum Hill where the family’s first Cardinal, Neri Corsini (1614-78), had built what is known as the Casino dei Quattro Venti.
The palazzo, the superb collection of painting and sculpture put together by Neri Maria and the vast library opened to the public were instantly celebrated in the most important guides to Rome, such as Giuseppe Vasi’s Magnificenze or Filippo Titi’s Descrizione, on display in a version updated by the Cardinal’s own counsellor Giovanni Gaetano Bottari (1689-1775).